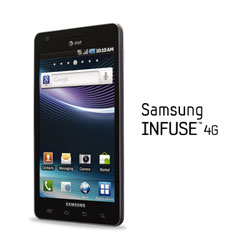 I love to blog. This is a blog post from my personal blog eransworld.com.

Recently it was time for a new phone.  I decided to ditch Blackberry and try another brand of smart phone. My wife has an iPhone.  It was fun and nice and probably made me hate my blackberry more than it deserved to be hated.  It was an older blackberry that did some things well but wasn’t app friendly.

Co-workers and friends have been embracing Google’s entry into the mobile phone OS with its Android platform.  After much study and worry I decided to go to the phone store and look at Android vs. iPhone.  The thing I noticed was that the Android screens were substantially bigger, a plus as I age and my eyesight lessons.

It didn’t take long for me to chose and Android phone.  I chose the Samsung Infuse.

So what exactly made me choose the Android platform and why should you go for it?

1. Hardware: One advantage that Android has over its nearest competitor in iOS is that it comes with a vast choice of hardware with iOS you are stuck with iPhone as your hardware device but with Android being the adopted platform of some of the biggest names in mobile manufacturing like HTC, Samsung, Motorola etc. there are vast number of choices in terms of device and even pricing. . Competition is always good for the consumer.

2. Open Source: Another advantage with android is its open platform. Unlike iOS there are not stringent rules for the application developers. I believe that as a result more developers are more likely to pick up android API developer kits knowing that they can put their applications into market quickly and easily for user to download and use.  This is a huge plus especially on the fringe apps aka those Apple might not agree with. Apple is famous for removing apps it doesn’t like.  In the longer term I believe that this will result with the android applications outnumbering those on iOS market. There are downsides to this like quality control and or shenanigans by developers like spyware/viruses etc.  I believe quality control issues will be handled by the consumer and shouldn’t be

a major concern. Again Competition is always good for the consumer. So I believe that more applications are definitely a massive plus.

3. Great UI Another advantage in going Android is that it gives you a good solid choice regarding personalization of you User Interface (UI). The user has control unlike iOS.  With plenty of third party launchers available you can customize your screen according to your own needs. With Apples iOS, you are stuck with the same slide to unlock and box type UI. 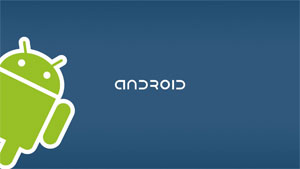 4. Google integration: Needless to say android is extremely snappy and quick, and with Gmail integrated, it is a great way to keep up with your mail and integrates smoothly with Google +.5. Browser Experience: Despite what Steve Jobs thinks Flash is and has been a popular web technology. Apple doesn’t believe in Flash where Android doesn’t believe it should interfere with your browsing experience.  This makes the browser experience, extremely good and with the majority of android phones including flash integration, the internet experience is as close to real desktop browsing as you can get.

These are just a few of my thoughts on Android.