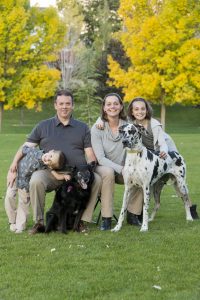 I am an experienced Network/System Engineer and Administrator with a large variety of experience in various technologies including a variety of Cisco products, HP workstations/servers, VMware multinode set up.  Leading team member for multiple large scale cutting edge installations.

What am I looking for?

I am looking for an opportunity to change the world. I want to work with people who are passionate about making the world better and their business better.

What Have I done…

For nearly 13 years I have been working at Utah’s largest 911 center as a Network Engineer/Admin, Cisco Networking Administrator, Windows Server Engineer/SysAdmin, Web developer and telephony engineer/help desk for both Avaya PTSN and Intrado Viper Voip system.  I have been a jack of all trades that make 911 and Public Safety dispatch successful. This means that I have to be very familiar with a lot of technologies from Networking to Windows to Phones and 800 MHz trunked radio systems.

On October 2, 2013, I received Utah APCO’s Technician of the Year for 9-1-1 in Utah. Read the Nomination Letter

Some of my areas of experience and expertise.

Contact me via eran.bair at google’s free email client (Gmail.com)